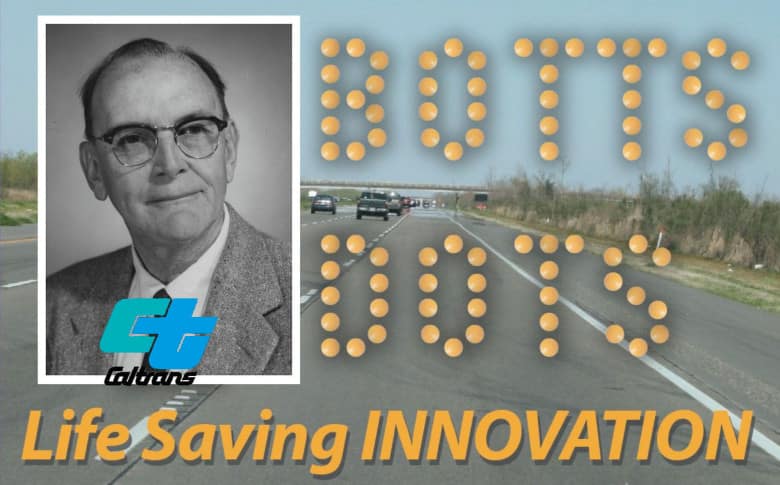 While driving on the freeway, the little bumps that make your car go thump, ya those little guys have reached the end of their road.

They have been at our service for over a half century. Elbert Botts developed this safety device in his lab in Sacramento. A popular referral to these devices was a loyal dog because of how long they serviced California. A half century later, they will be relived of duty by the end of this year. These white ceramic dots are losing their purpose in our new more innovative society. If once they were an amazing invention, nowadays they do not serve the same purpose with today’s driverless cars, lane departure warning systems, and many other computerized programs that assist drivers.

Although automated vehicles can be taught to “see” a variety of lane markings, including dots, federal officials and the vehicle industry say they want more uniformity nationally on lane lines.

Given that few states outside of California still employ the original cookie-shaped ceramic Botts Dot, the writing is on the wall.
The iconic Botts Dot could be retired later this year.

Innovative cars aren’t the only reason for the end of the dot era. The dots, which are normally glued to the roads in rows of four, break loose too frequently under heavier truck traffic. Caltrans officials say it is dangerous for maintenance crews to keep replacing them amid speeding freeway traffic. It also is costing too much.

Officials cited the state’s aging population as another factor. The baby boom generation is now turning 70. Officials said reflective thermoplastic lines and newer reflective plastic markers are more visible to older eyes. Although white and ceramic, Botts Dots are not considered reflective. The thermoplastic lane lines, a material used by Caltrans and other states that looks at a glance like paint, but is thick like cake icing, and is reflective and more durable than paint.

The dots already have largely been removed in some areas of the state. Caltrans has largely gotten rid of Botts Dots on Sacramento Valley highways in favor of reflective striping materials.

Furthermore, Sacramento city and county also replaced Botts Dots a few years back on surface streets in favor of plastic “paint” and reflective markers, although you can still occasionally see a few leftover Botts Dots stubbornly sticking to the pavement in various spots.