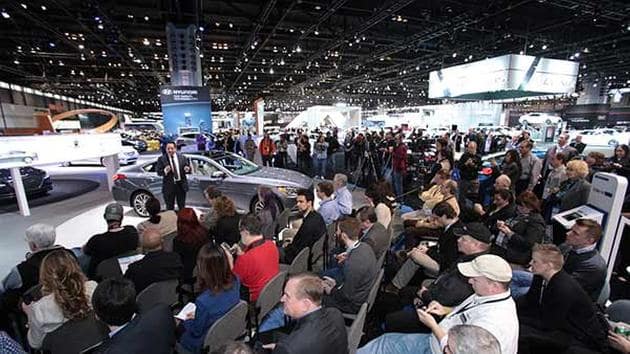 The Chicago Auto Show is the largest auto show in the nation. The show begun to take place on February 11 and will continue until the 20th of February. Its hours of operation are from 10am-10pm on till February 19 and on the 20th from 10am-8pm.

It takes place at the McCormik Place Complex, which is located at 2301 S Lake Shore Dr, Chicago, Illinois 60616.

The first show took place in 1901. The Chicago Auto Show has taken place more times than any other show of its kind in North America.

The show’s producer is the Chicago Automobile Trade Association (CATA), which is the largest and oldest metropolitan dealer organization of the nation. Since 1935, they have produced the Chicago Auto Show.

The exhibits presented at the Chicago Auto Show include a wide range of domestic and imported passenger cars and trucks. Also on display are sport vehicles, concept, and experimental cars. In total, there will be about a 1,000 vehicles on display. Visitors will also have the chance to see different types of accessories, antique car, collector cars, and competition vehicles.

Starbucks Forced to Put Cancer Warnings On Cups: 1st Amendment Violation or Not?