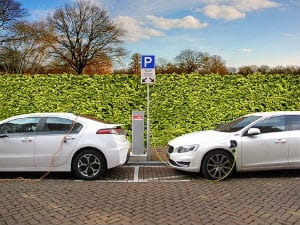 It’s remarkable but it’s absolutely true. In spite of the fact that half of the nation’s clean cars are in California, planet-warming pollution strictly from transportation has been climbing. In fact, the emissions from the transportation sector amount to almost half of the state’s greenhouse-gas emissions. If the state of California can’t suddenly reverse this alarming trend then it would be improbable for it to reach long-term environmental goals.

This news is incredibly distressing when you consider that, according to the California New Car Dealers Association, there’s been an 81 percent increase in registration of new electric car vehicles between 2017 and 2018.

If this news isn’t shocking enough, there’s plenty more to go along with it. According to the nonpartisan Legislative Analyst’s Office in a recent report experts concluded, “The overall effects of the state’s policies aimed at reducing transportation (greenhouse gases) are largely unclear.”

The good news is that there has been definite progress in the state’s near-term goal of about 1 million electric cars by 2023. However, the taller order is the next goal, 5 million zero-emission cars by 2030. Analysts can’t decide if the 570,000 electric cars out on California roads, which represents less than 3 percent of passenger cars, shows a policy off to a good start or one that’s stuck in the mud.

But let’s face it, the state’s desire to electrify all vehicles that transport us and goods we need (buses, trucking, rail freight, ships and airplanes) demands disruption in a segment of society that hasn’t demonstrated in upheaval since high speed rail in the 1960s.

Even worse, transportation is lagging behind all other sectors in complying or improving on the greenhouse emissions front. Typical smokestack industries are changing with the times, adapting their methods to cope with emissions caps.

Addressing the Probem in Multiple Ways

No doubt getting a handle on the problem is not easy. California is aggressively attacking the problem at least. There’s more than 120 laws and incentives on the books to encourage clean fuels and cars. Plus, the state has spent a ton of money on charging station infrastructure. Furthermore, the state has back up its talk and legislation by replacing half of its light duty vehicle fleet with non-gasoline cars.

What do you guys think? What more can be done?

How to Get the Best Deal at a Car Auction