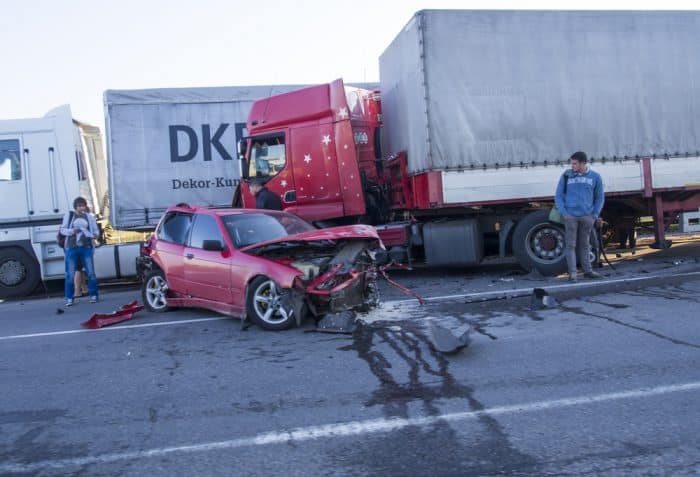 The U.S. Department of Transportation’s FMCSA (Federal Motor Carrier Safety Administration) has announced Carlos Alberto Garcia Virginia-licensed trucker to be an imminent threat to public safety and has ordered him not to drive any commercial motor vehicle in interstate commerce.

Carlos Garcia was driving a large commercial truck along Interstate 495 outside of Washington, D.C., on June 24, 2017. He drove into a caution-striped, paved median area hitting two persons who had stopped their vehicle to re-secure a boat to a trailer they were pulling. One of the individuals was killed, the other was extremely injured.

Virginia State Police investigation found that Garcia had been in strict violation of federal hours-of-service regulations intended to prevent exhausted driving. It is to be noted that at the time of the accident, Garcia had been on-duty and driving more than 103 hours during the previous eight days-with only a single 10-hour break period taken.

On June 23, 2017, about 19 hours earlier at approximately 9:30 p.m., Garcia crashed a diverse large commercial truck he was driving into the back of a Washington Metropolitan Area Transit Authority (WMATA) bus that resulted in damages.

Garcia’s continued driving of a commercial motor vehicle “… substantially increases the likelihood of serious injury or death to you and the motoring public if not discontinued immediately” states FMCSA’s imminent hazard out-of-service order.

Garcia may be subject to a civil penalty execution proceeding brought by FMCSA for violating of the safety regulations of the agency.