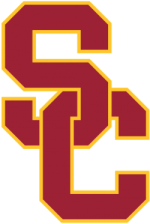 The University of Southern California announced a plan Thursday offering students from families making less than $80,000 annually free tuition at their college.

The University of Southern California announced a plan Thursday offering students from families making less than $80,000 annually free tuition at their college.

The move comes amidst skyrocketing costs for advanced education. Degrees in the United States cost on average two and a half times what they did in 1971 at a private institution.

The total cost, including living expenses, travel, and books, averages out to around $25,000 per year at an in-state public college. That figure jumps to over $40,000 when studying out of state, and over $50,000 at an out-of-state private college.

Many blame the rising cost of college education for an economically strained Millennial generation. Student debt crippled graduates with a financial burden. Most notably, Millennials fail to accrue a down payment or adequate credit for a home loan because of their student debt.

As a result, more of them rent longer than in past generations. Subsequently, the rental market in most major cities strains to accommodate. Other factors also figure into the rent crisis, like increased urbanization and a dearth of available housing in the wake of the Great Recession. However, the inability to take on a mortgage factors heavily into the overstuffed rental market.

USC’s expanded program begins offering free tuition to students this fall. About 20 percent of its undergraduate student body meet the income criteria. For comparison, the median household income in the state of California sits at $71,000, qualifying under the new program.

Because USC’s endowment of $5.7 billion provides a steady income from investments, the university can afford the new program.

However, most US colleges remain prohibitively expensive. That’s why free tuition became a topic of discussion during this year’s election cycle. A pair of Democratic candidates for president, Senators Bernie Sander and Elizabeth Warren, propose offering free public college across the board.

Under both plans, in addition to free tuition, they want to wipe out the burgeoning student debt bubble. In order to alleviate the strain on Millennial college graduates, they want to reset how we finance education. While detractors cite the price of their plans, they argue targeted taxes more than make up the cost.

While efforts by top-tier universities like USC aid underprivileged communities, debate rages on regarding the broader systemic issue.