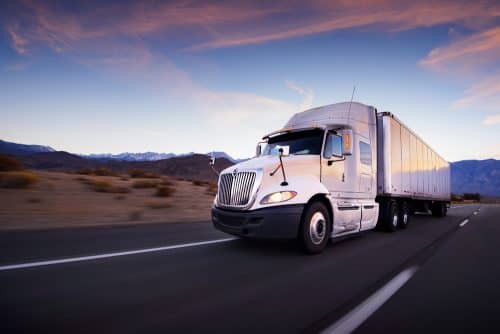 Although everyone complains about the electronic logging device (ELD) mandate, a now-suspended effort is to establish national speed limit caps for commercial trucks, a growing shortage of truck parking spaces, collapsing highway infrastructure, and a host of other issues too numerous to name. We tend to forget just how advanced our national transportation system is for moving both freight and people.

Indeed, as part of a speech billed at discussing our nation’s infrastructure issues (but which in reality barely addressed them at all) James Ray, senior advisor for infrastructure for the U.S. Department of Transportation (DOT) showed a short clip from the 1958 Walt Disney film “Magic Highway” during the 97th annual meeting of the Transportation Research Board to show just how many once-too-futuristic-to-imagine vehicles technologies are now actual everyday realities: backup cameras, cruise control, forward-looking radar systems, and the like.

“But as we stitch together an infrastructure package, we need to remember just how transformed transportation has become,” he stressed. “We now have safety systems and technology like autonomous vehicles that were only dreamed of not long ago. And while transportation has changed a lot, it will change even more in the years ahead.”

Ray noted that President Trump remains committed to a $1 trillion transportation foundation package, though the details are still being worked out and a draft will not be ready until February.

He added, too, that there will be “greater influence” on transportation infrastructure at the state and local levels of government going forward, with more outreach on the part of DOT and other federal agencies to “more stakeholders” in the future.

That view is also being partially supported by state governors as well. For example, Nevada Gov. Brian Sandoval – who is also chairman of the National Governors Association (NGA) this year – noted in a new initiative launched this week called Ahead of the Curve: Innovation Governors that “transportation is a rapidly evolving area that is reshaping not just the present, but also the future.”

He added that “new, connected, automated and electric transportation technologies are transforming our world and altering the ways businesses and industries operate, affecting every aspect of our lives,” which in turn results in Americans “living in a time when the science fiction we grew up with is becoming reality.”

To keep that “reality” in the present and expand upon it will also mean being more careful regarding regulatory activity going forward, noted DOT’s Ray in his talk.

“We can also accomplish our regulatory goals, I think, without being overly burdensome on the economy,” he said, “two-for-one” regulatory guidance, which states for every new rulemaking effort undertaking, two existing rules must be abolished and eliminated.

Long story short, we are hopefully approaching the point where a long-needed infrastructure package will help our transportation systems take the next great increase forward towards making more futuristic predictions become here-and-now realities.