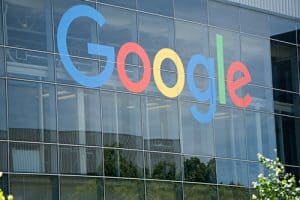 Google is giving us a new software that is better than Apple’s Siri! Well, I don’t know if better is the right word, but Google’s new Duplex AI is definitely more intelligent.

Duplex AI was first introduced by Google in May this year, however, yesterday was the first day that the company publicly tested the software for people to see what it is like.

Even though the software is fully ready for use, the company will still be testing it for the next few weeks. They have made agreements with a few businesses and “trusted testers” to try out the software.

Restaurants or other businesses might receive a call from Duplex AI and get asked for their holiday office hours as a part of the testing. If all goes well, people can start using AI in a few months to book their appointments for them and so on.

Google visited a few restaurants in different cities to demonstrate the new software in person, however, the press and media were not allowed to record videos of it.

Unlike Apple’s Siri, Amazon’s Alexa or even the Google Assistant, Duplex AI is said to sound very human-like. It mimics the way we talk every day and uses words such as “uh” or “um.”

Although this has raised several concerns from critics and people, Google is testing it publicly to show people there is nothing to worry about.

When Duplex AI is calling to make reservations, make appointments, or simply ask a question, the caller ID will appear as GOOGLEASSISTANT, which is automatically set up already.

Many people were also concerned for those who do not have caller ID. Solution? Duplex AI first starts the phone conversation by saying, “Hi, I’m the Google Assistant, calling to make a reservation for a client. This automated call will be recorded.” This is just so people are aware that they are talking to a robot since AI sounds very realistic.

Nick Fox of Google stated his view of the software in regards to the concerns that were raised by people. He says, “We think it’s important to set a standard on ways technology could be used for good.” The company is always doing outstanding things, this has got to be one of the best creations in technology so far!

What Is a Bill of Lading (BOL)?