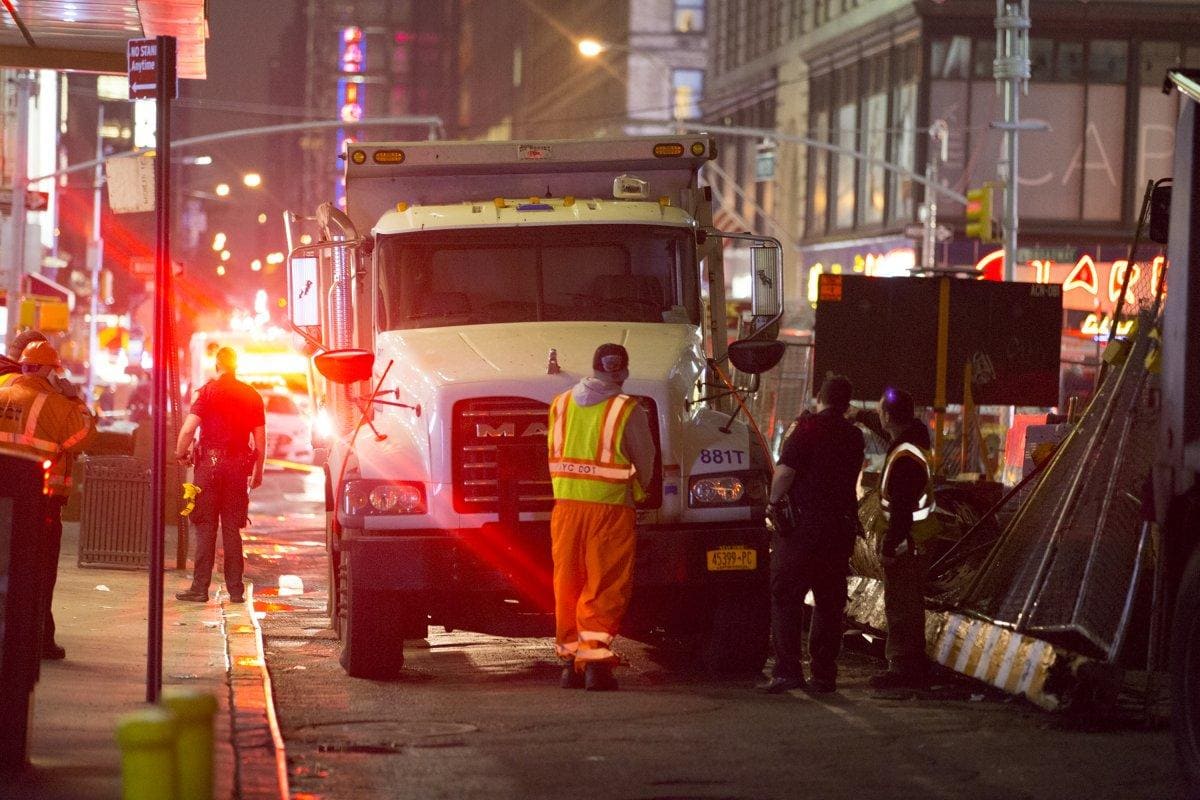 Police reported that a man was crushed to death when he chased and jumped onto a dump truck that was passing by. This was before he got pulled under the rear tire of the dump truck and was crushed. This horrible event took place on Monday night.

The 29 year old man, whose identity we are unaware of, was at the intersection of West 51st St and Broadway in New York. He stuck out his middle finger to the Department of Transportation truck, who was passing buy with two other dump trucks, and then proceeded to chases after it.

He caught up to the truck as it reached Eighth Ave and jumped on the the foot rail of the diesel tank on the drivers side.

The driver, who is 33 years old, turned into a construction site without realizing the presence of the man on his vehicle. Following the turn, the man’s backpack got caught on a metal fence nearby, which pulled him to the ground. This caused him to get run over and crushed by the rear tires of the dump truck.

According to sources, the driver realized something was wrong after the second truck, which was following him stopped.

“The victim was on the driver’s side under the back wheel. He had on a plaid shirt and a black hat,” said witness Terry Locke, 56.

“The responders came immediately. It looked like there were 50 of them, but they couldn’t get him out. He was stuck underneath. They raised the back on the truck and lowered the front to try to get him,” Locke added.

The police reported that the man was pronounced dead at the scene.

The truck’s driver stayed at the scene and wasn’t immediately arrested or ticketed, police said.