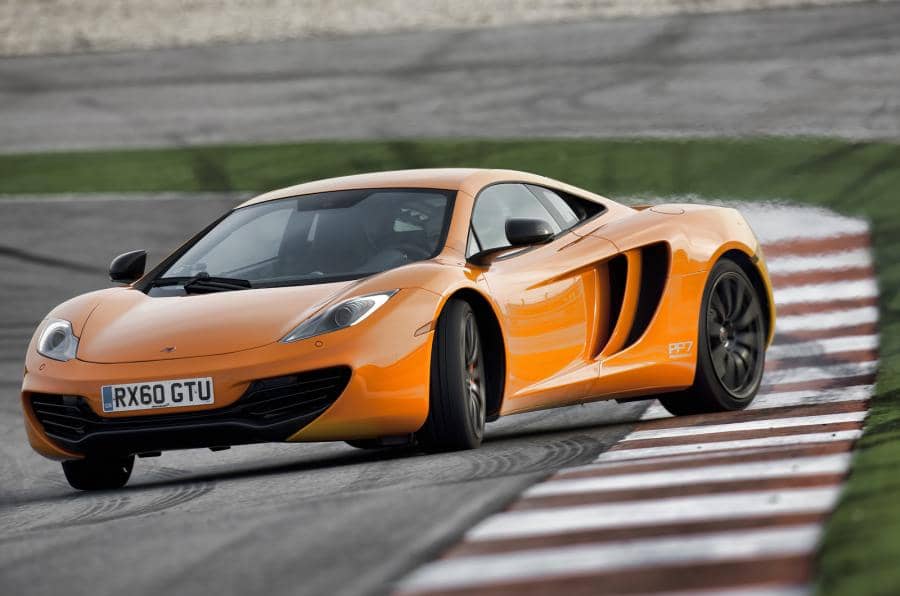 Since the first drives in early 2011, McLaren has gone a long way being updated to the 12C and 650S and 675LT. There are also Sports Series and the P1 cars, so you can tell McLaren’s progress is really fast.

Now, when it has been a few years since the first MP4-12C has been registered. What so attractive about this model now is the price. Surely, MP4-12C does not look as cool as the 650S upgrade, but it’s still not old at all, and considering it costs only about $130,000, it can be a real deal. Of course, it is still a lot of money, but compared to other super cars, this price is worth talking about.

As a modern super car, MP4-12C comes with great technology that includes the Brake Steer, the carbon fiber tube and the Proactive Chassis Control. And, without a doubt, it is incredibly fast. But there are also downsides: the brownish leather interior is not the best match for the orange exterior.

And of course, McLaren 12C will also be competing with Ferrari, particularly with the Ferrari 458. The most affordable 458 at the moment costs about $160,000 and comes with the recorded mileage of 2000, compared with 14000 miles on the MP4-12C in question.

It is a tough decision if you are choosing between MP4-12C and 458. But whatever you choose, you will end up with an amazing super car. Although, it would be great is the prices fell down even more in the upcoming years.

How to Keep Your Personal Data Safe as a Trucker: 6 Tips to Be Secure