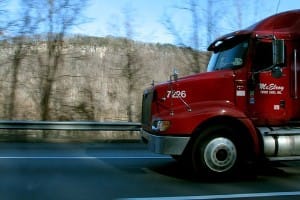 This new ruling that classifies truck drives as independent contractors is causing quite a stir. From drivers, to officials, to environmentalist, everybody seems to have a very strong opinion on what this new categorization means.

The issue is getting even more divisive since a new study by a pro-labor group at the University of California at Berkeley was revealed. According to this study, labeling truck drivers as independent contractors rather than employees is a blow to climate change.

It’s important for California to have more eco-friendly commercial trucks in order to reach the state’s climate goal benchmarks. However, this new ruling fights against this particular goal. At least this is what the study titled, “Truck Driver Misclassification: Climate, Labor, and Environmental Justice Impacts.”

Essentially, the newly issued report indicates that by classifying drivers as independent contractors, they then become responsible for making their trucks more energy clean. Yet, these are the people with the least financial means to make that happen.

That’s why, according to the report, it’s critical that trucks not be labeled independent contractors. After all, commercial trucks currently account for 40 percent of all greenhouse gas emissions in the state.

This alarming report was penned by Sam Appel, the California Policy Organizer at BlueGreen Alliance and Dr. Carol Zabin, the Director of the Green Economy Program at the Berkeley Labor Center.

In the report the writers showcase the opportunity for positive policies that can be climate friendly, protect workers, and also improve conditions in communities badly affected by pollution.

The report indicates the core problem. There’s an escalated rate of driver mis-categorization in local freight trucking and the long-haul trucking portion of the California trucking industry. More specifically, the study says that many drivers who qualify as employees are misclassified as independent contractors. These people receive very low wages and are tasked with financing expensive vehicles with high interest loans or with high cost leases in order to meet the environmental standards set forth.

Since this is difficult to do many of these drivers don’t comply with the environmental standards and therefore climate goals get harmed in the process. This study comes as California considers Assembly Bill 5 which would mandate the state label workers employees so that they’re on the hook for equipment costs related to compliance.

What do you all think? Is this the appropriate move?