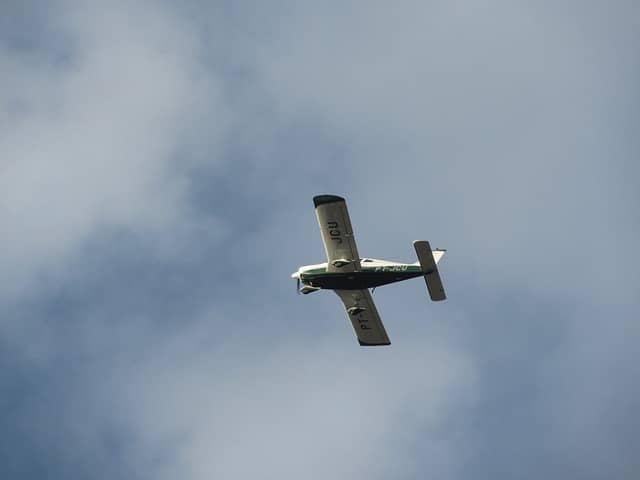 As it headed towards Van Nuys Airport just before 2 pm, the small plane vanished from radar. Then, about an hour later, reports came in regarding a plane crash. Emergency responders consisting of Los Angeles County firefighters and sheriff’s deputies took off towards the scene.

They arrived at the site located near Newhall Pass, a freeway corridor through the mountains northwest of Los Angeles.

There, they discovered the wreckage of the missing Mooney M20. Within the cabin, they found the bodies of the two passengers.

Weather appears the likely culprit of the accident. Rainstorms moved through Southern California late last week and lasted through the weekend. During that time, low clouds and continued drizzle resulted in limited visibility.

Linda Lam, a meteorologist for Weather.com, explained that a low pressure system combined with moist onshore flow to produce Friday’s weather conditions. “Showers were in the area of the Van Nuys Airport Friday afternoon, and visibility decreased to about 2.5 miles around 2 P.M,” she said.

This likely accounts for the plane crash.

In speaking with local station KCBS-TV, Lt. Ethan Marquez said, “Our deputies had to hike in and it took a little while to find the wreckage.”

An investigation will follow the plane crash, conducted by the National Transportation Safety Board.

The crash echoes a high profile helicopter crash earlier this year. NBA superstar Kobe Bryant and his 13-year-old daughter Gianna died when their helicopter likely lost visibility while flying through thick fog and crashed into a hillside.