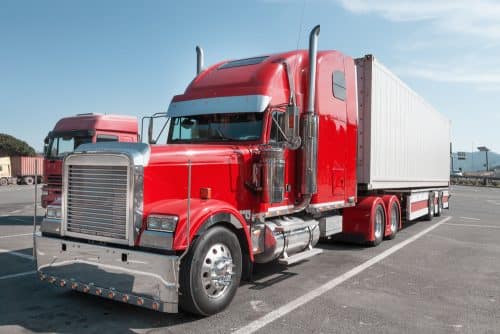 TCA President John Lyboldt wrote to the lawmakers saying that the association and its trucking company members are “concerned about allowing freight-shipping trucks to carry a maximum of 91,000 pounds with the addition of a 6th axle, up from the current 80,000 pounds standard.”

While recognizing that this idea is an effort to improve  the trucking industry, he mentioned that “it clearly would only benefit a minority of carriers, while forcing the rest of the industry either to divert critical resources into these new configurations or risk becoming obsolete.”

Furthermore, that is often the best argument put up by truckload carriers that are against mitigating federal rules to allow 33-foot-long “turnpike” double trailers to operate on Interstate and other highways— despite state laws.

TCA was one of the groups that lobbied Congress successfully to keep a measure allowing twin 33s from being passed in 2015.

About a year ago, the TCA was not open to changing it’s mind aboutthe two policy position it has been supporting since 2011. This policy called for increasing the weight limits in trucks by allowing a five-axle, 88,000 pound weight limit or six-axle, 91,000 pound limit.

The letter stated a detailed explanation of TCA’s worry that changing the weight limit via a 6th axles would increase both capital and operating costs for truckload carriers.  This would also not allow them to redeem those costs through rate adjustments.

“Truckload’s shift from 48’ trailers to 53’ trailers was exactly this issue, only in reverse,” he pointed out, offering a history lesson. “Shippers who filled trailers by volume before maximizing the allowable weight put pressure on industry to move to 53’ trailers. Like the proposal today, there were pilot programs prior to it being legalized across the nation. Only half of the loads cubed out before they weighed out, yet the entire industry was forced to move.”

Lyboldt stated that while “the market demands ultimate flexibility from general freight haulers, those who cannot provide the service simply disappear. As has happened before, maximum capacities become the norm. Carriers are forced to adjust their equipment to accommodate 91,000/6, despite the fact that they will likely never recoup the costs of the adjustment or haul loads requiring the 6th axle.”

He added that truckload carriers “simply cannot afford” a rule that would allow 91,000 pounds on 6 axles.

“TCA supports a policy of no increase in truck weight,” Lyboldt stated flatly in the letter. “As an association, we will continue to examine components of increasing productivity as they arise.”

Very clearly, he added that “TCA reiterates that we are opposed to the stand-alone concept of 91,000 pounds on 6 axles; however, TCA is open to any and all discussions with key stakeholders in regards to improving overall transportation efficiency and productivity on our nation’s highways.”

You are a Truck Driver and don’t Know What to do to Stay Awake Longer? Here are 10 Tips that will Surely Help you