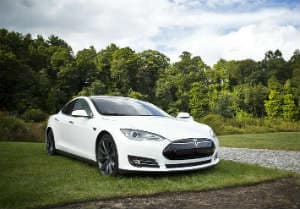 Well, it’s official! The Tesla Model 3 topped the lists for the “most satisfying car” currently on the market. This is according to Consumer Reports, who recently ranked the most ten satisfying car models. They based the results off a survey of more than half a mission car owners. They wanted to find “the models that bring their owners joy.” And the Tesla Model 3 is at the top of the list.

It appears that the car is becoming more of a favorite than luxury cars like the Porsche 911 sports car, as well as the Hyundai Genesis G90, and even the Chevrolet Corvet. The Tesla out-won them all at the top of the list. In fact, even the Tesla Model S luxury sedan came in fifth on the list.

Consumer Reports did their own investigating of the Model 3 and found it an enjoyable ride as well. As they wrote in its appraisal, “Our testers found the Model 3 to be fun to drive, thanks to the superb handling and immediate thrust from the electric motor.”

Production of the Model 3 began back in 2017. Now, it is planned to be Tesla’s first mass-market electric car. The base price? $35,000. But, the best-selling luxury vehicle of last year was the more expensive version of the Model 3. This one features a long-range battery and the price starts at $45,000.

After the Model 3 was named the electric vehicle with the best resale value by Kelley Blue Book, the CEO of Tesla, Elon Musk, made a comment. He said that the level of customer happiness with the Model 3 “is incredible” and, according to him, “probably the highest of any car in the world right now.”

What do you think of the Tesla Model 3? Will it stay at the top of the satisfaction charts for consumers?