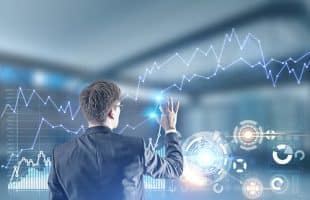 Los Angeles’s transit agency becomes the first in the US to deploy a network of body scanners to screen passengers. The aim of the network is to avoid terrorists’ attacks on rail and subway stations as the federal government looks for enlarging all kinds of screenings beyond airports.

The Transportation Security Administration has partnered with different transit systems from San Francisco to New York for over a year. Those were, and they were helping test and vet scanners that can detect hidden explosives and weapons on people in a crowd of passengers.

According to the Los Angeles County Metropolitan Transportation Authority’s announcement, on Tuesday, it would be the first to this the screening and they will start using this year. Also, they say they will screen passengers without revealing their anatomy and without forcing them to line up or even stop their walk for the screening.

Billions were spent to tighten airport systems of security and all started from the September 11 attacks. At the airport, people were forced to go through screenings, biometric scans, ID checks and limitations on what can be taken on flights.

Authorities from Los Angeles want to warn that riders don’t need to worry about the technology. It will not result in the sort of security nightmare common at airports or even sporting events. The device will scan passengers “quickly and unobtrusively.” It can detect suspicious items from 30 feet away and scan over 2000 people per hour.

The Metro system in Los Angeles County has one of the largest ridership’s in the U.S., with over 93 rail stations and 170 bus routes. The devices would be mostly deployed at random stations. However, they will mostly exist in at the major transit hubs and in places where a large number of people are expected.

This method of terrorist attack avoiding will help people feel safe from those more common crimes without interfering with their commutes.

Sanitation While On The Road