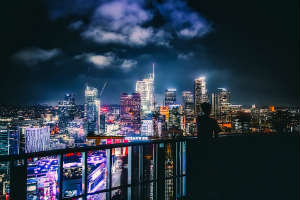 LOS ANGELES, CA – Over the weekend, a USC student was shot in a downtown LA fatal robbery. The student, identified as Victor McElhaney, was only twenty-one-years old. In addition, McElhaney was also the son of a prominent councilwoman in Oakland.

The horrific incident occurred in a parking lot at Adams Boulevard and Maple Avenue. This occurred around 12:30 in the morning on Sunday. Apparently, a few men came up to McElhaney and demanded money from him. Then, one of the men shot McElhaney. After the shooting, they fled from the scene in a vehicle. It wasn’t until several hours later that medical personnel declared McElhaney dead at the hospital.

McElhaney’s mother issued a statement after the devastating LA fatal robbery. About her son, she wrote this message: “Victor was a son of Oakland. He was a musician who drew his inspiration from the beat, soul, and sound of the town and he belonged in every nook and cranny of Oakland. I miss my baby. Please keep me, my family, and all of my son’s friends in your thoughts and prayers.”

On Sunday, USC also issued a statement about his death. In it, they discussed how McElhaney was a Jazz Studies student at the Thornton School of Music. He was passionate about music and the power it has to touch people’s lives. The school is encouraging others on the campus to utilize their counseling services if needed.

The school also mentioned their appreciation for the Los Angeles Police Department and their efforts to investigate this horrific crime. Everyone involved hopes that police find those responsible for the shooting as soon as possible.