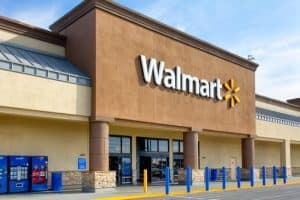 Although the holidays are very close, Walmart is not going to hire new employees for help.

According to an announcement from the company the store is going to meet its needs for additional work during the holiday shopping period by providing existing staff with more hours.

It’s a tradition for Walmart to hire additional workforce during holidays. Target- Walmart’s rival has already released its plans to bring about 2,500 temporary holiday workers in Colorado as well as 100,000 countywide.

However, this move of Walmart is a sign of the stretching labor market which makes it difficult for employers to fill open positions. It is to be noted that there were a “record number of unfilled job openings” countywide in the recent government reading of labor market. More than 600,000 of the open position were from Walmart.

For part-time employees, extra hours could raise total pay more than an increase in hourly pay.

According to Judith McKenna, chief operating officer of Walmart U.S. Walmart used the same strategy of more hours for existing workers during the last year’s holidays and “we heard great feedback from our customers and associates,” Walmart had 1.5 million U.S. employees as of Jan. 31.