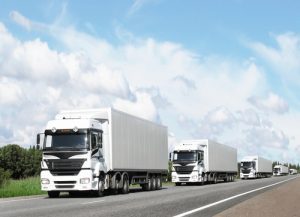 Outside of nation’s cosmopolitan centers are thousands of miles of American farmland, road, nature, and small communities, ranging from even the outskirts of the Washington, D.C. area to the Heartland itself.

Thousands of trucks, trains, ships, and planes traverse our nation, every day, transporting food, industrial materials consumer goods, and more, to our stores and then our homes.

The Federal Motor Carrier Safety Administration (FMCSA) in 2015 implemented a rule which requires most truck drivers in the United States to use an Electronic Logging Device (ELD), which requires truck drivers to add to specific 14-hour cycle requirements in the loading, driving and unloading process.

The kinds of time counted create problems, as loading and unloading times are potentially included as part of the 14-hour cycle, as well as other activities such as sleeping, rest breaks, and meals. Although the statute’s language does not explicitly state such, its vagueness has suddenly created great uncertainty for truckers and their businesses across the nation. With truckers carrying perishable items, such as the billions of tons of produce each year, the delays caused by the ELD rule’s guidelines also result in a wide array of food potentially going bad and being wasted as well.

Trucking is an essential part of our national circulatory system. In 2015 alone trucks carried over 70% of all freight tonnage in the United States, or about 10.5 billion tons. Trucking freight revenues account for over $738.9 billion in business activity due to the wide array of activities involved and affected.

These roughly 33.8 million trucks registered for business use travel over 450 billion miles each year across our country, employ 3.5 million truck drivers and support another 4 million or jobs.

The ELD requirement is strict, in full effect since April 1st, as carriers can and already are being put out of business for violations and even honest mistakes in the tracking can result in severe punishments from regulators. The potential costs of noncompliance, combined with the costs of equipment, training, and maintenance, are also particularly harsh for small trucking businesses.

As the ELD devices even reportedly have a variety of problems of their own ranging from not working correctly to even catching on fire, something is amiss in the roughly two months since strict enforcement has begun.

Furthermore, the ELD rule appears to be resulting in potentially dangerous activities on the highways that may contribute to a higher accident toll, even if it has been in effect too short of a time to do studies.

Anyhow, Something has to be done to fix this well-intentioned but shoddily implemented regulation.