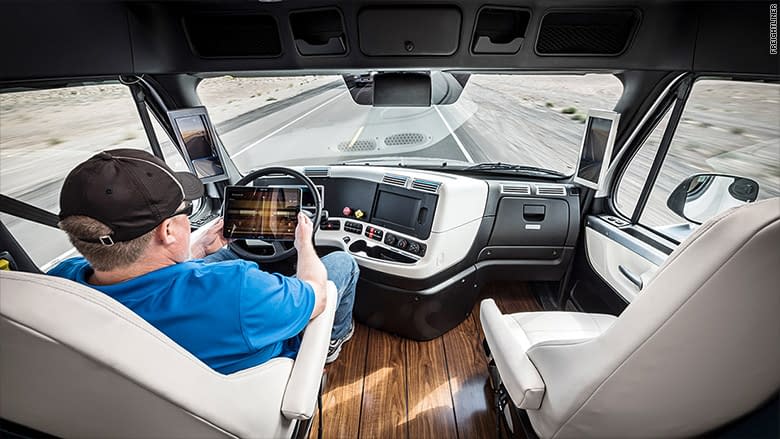 All the news about testing self-automated trucks makes truck drivers nervous. Some might have hoped these are just rumors but it is a fact now that self-driving trucks are the reality. They are still in the testing phase though in there is a good reason for it. Self-driving trucks have proven not to be completely safe and until they are, they will not become a real part of the trucking industry. But it is only a matter of time until they will, and the truck drivers as well as those planning to start a career in this field should be prepared for the changes.

Currently there is still a lot of work to do in the testing phase. The story remind of that of Google self-driving cars. These cars are five times more likely to be involved in a crash mainly because of other regular cars that collide with them. Self-driving cars are very slow so they damage in these accidents have been minor, but we canâ€™t expect the same from the large trucks. They are heavy vehicles hauling tons of freights, and all that weight can bring enormous damage. So before self-driving big rigs become the part of the industry, they are in for a lot of testing and improvements.

The whole truth is that truck drivers should not be concerned about losing their jobs to self-driving trucks even when they finally hit the road. These vehicles will not be completely automated to operate without a driver. Self-driving trucks are highly computerized and are able to run on their own in perfect conditions without high winds and precipitations but they need a driver who will make split-second decisions.

As a result, even when the testing is done and self-driving trucks become the reality, truck drivers will not need to worry about losing their jobs. If you are planning to stay behind the wheel for years to come, you might find yourself in a cab of a self-driving truck at some point, so it is a good idea to be prepared. Keep up with the news and regulations by FMCSA and DOT to be informed at all times. It is also a good idea to start using devices such as iPad to get used to working with a tablet, because self-driving trucks will be equipped with a tablet that will be used as a portable dashboard.

When self-driving big rigs are finally allowed on the road, it will be up to you what you are going to do about it. If you are an owner operator, you can invest in a new self-driving 18-wheeler or stay old-fashioned. If you work for a company and don’t want to deal with futuristic big rigs, you better go with a smaller company, as major companies are more likely to invest in new technologies. One way or another, there is no reason to be afraid the new trucks will leave you without a job.

How Everyone Plays a Role in Efficient Trucking