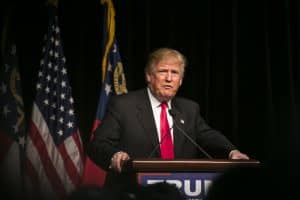 Immigrant rights organizations claim that 100 immigrant kids who were separated from their families at the border are now in Los Angeles.

Immigrant rights organizations claim that 100 immigrant kids who were separated from their families at the border are now in Los Angeles.

According to those organizations, the children are mostly younger than the age of 9. They are being held in foster homes or immigrant detention facilities. These shelters are funded by the government.

Only a few of the kids have been united with their families.

The organizations do not know what will happen to these kids and when they will be reunited with their families.

Trumps’ “zero-tolerance” policy has affected locals in Los Angeles since there are lots of immigrants in the city.

Jorge-Mario Cabrera says “Los Angeles is the epicenter of immigration.” The Coalition for Humane Immigrant Rights of Los Angeles does not agree with Trump’s immigration policies.

Los Angeles County is the most common region in America where kids end up escaping to without their parents.

The executive director of Immigrant Defenders Law Center Lindsay Tocylowski states that these kids “belong to our families, to our communities.”

Yesterday, American Civil Liberties Union opened a case on behalf of Tocylowski and her organization against Victorville federal prison. The prison did not allow her access to visit the parents of some of these children.