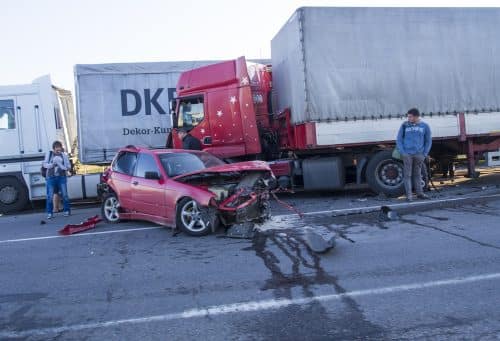 -A crash in Capitola in which a 5-year-old child was ejected from a truck occurred at 9.12 a.m. on Tuesday. The crash happened on Highway 1 near the Park Avenue exit.

Capitola, California—-A crash in Capitola in which a 5-year-old child was ejected from a truck occurred at 9.12 a.m. on Tuesday. The crash happened on Highway 1 near the Park Avenue exit.

A 5-year –old child survived the crash.  Officials said the child got injured because the child booster seat hadn’t been used properly.

This incident serves as an unfortunate reminder for parents to be aware of the importance of using child safety seats in a proper way.

The crash happened when the mother got distracted. According to the report, the 5-year-old boy’s mother was using her cellphone.

The boy was ejected from the vehicle in the crash. He was not secured in a child safety seat, and the boy’s seatbelt was still buckled.

There was not a booster seat in the truck. After the boy slipped out of the seatbelt, he suffered major injuries. The boy was taken to a trauma center.

His mother only had moderate injuries.

California Police officials are reminding parents to always secure children in a car seat or booster. In case you don’t have a car seat, you will be given one free of charge and will be shown how to install it.

Drive safe and secure your children!

4-Year-Old Boy Beaten to Death for Spilling His Food