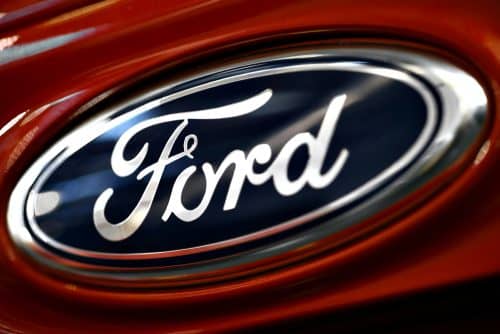 Ford Motor is in a great position when it referring to seeing great benefits from the new coming  autonomous vehicles.

That is the result of a study that was released on Monday by Navigant Research.

The automaker took the top spot by showing it’s ability of strategic vision and execution capabilities. This is for both developing automated driving systems as well as deploying them across a range of mobility platforms.

“Many traditional OEMs were initially skeptical about the commercial prospects for automated driving,” Navigant’s study says. “Most notable was Ford under its previous CEO Alan Mulally, who frequently spoke publicly about how people actually enjoy driving. However, through a combination of strategic investments and development of supporting business models, Ford and other OEMs have begun to move to the forefront.”

The runner up was General Motors, followed by Renault-Nissan Alliance and Daimler. Navigant’s prior survey, in 2015, didn’t include technology companies, who in the previous few years had taken big steps in not only on the tech front but also in making ties with automakers.

Waymo, Alphabet’s new name for its long-running Google car project, was in seventh in the most current study, while Tesla ranked twelfth and Uber was sixteenth. Apple was not included because it has never publicly acknowledged having an autonomous car research team.

Although Waymo’s project began about eight years ago, Navigant’s focus on both strategy and execution of self-driving tech resulted in low scores for its production strategy and its sales and marketing plans. Waymo currently is in a partnership with Fiat Chrysler for the production of 100 Chrysler Pacifica minivans, which will help speed up Waymo’s tech development cycle.

Uber meanwhile has lost points for not having a good production strategy or technology. The company currently is fighting in-house culture issues as well as holding off a lawsuit from Waymo stating that its LiDAR tech is made off of stolen Waymo data. Uber also scored low on staying power.

“It’s not clear there’s a clear path to profitability for ride-hailing companies,” says Sam Abuelsamid, one of the authors of Navigant’s study. “They may lose money because they have to pay drivers, but remember they have no capital expenditures. What happens to their business model if they have to spend tens of billions on autonomous vehicles?”

Abuelsamid says it’s more likely that that automakers will get into the ride-hailing game than it is for Uber and Lyft to get into the auto manufacturing business.

FedEx Bringing The Hurt To E-Commerce With Some Wiley IT