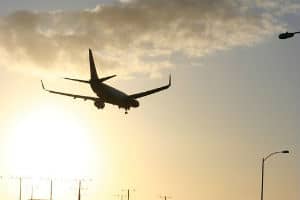 On Wednesday Los Angeles International Airport experienced a power outage. Apparently, according to an airport spokeswoman, the power fizzled due to a glitch at the Los Angeles Department of Water and Power.

LOS ANGELES, CA – On Wednesday Los Angeles International Airport experienced a power outage. Apparently, according to an airport spokeswoman, the power fizzled due to a glitch at the Los Angeles Department of Water and Power.

Olga Gallardo, an LAX spokeswoman, says the power dropped just before 6:30 p.m.  Fortunately, the generators immediately activated, filling the gaps of lost power. The spokeswoman went on to say that it takes about one and a half hours for the Transportation Security Administration and other airport staff to get everything up and running again.

Nevertheless, this information contradicts what the majority of air travelers were saying on social media platforms. In fact, the consensus seemed to be that the airport continued to struggle with power issues and flight cancellations way after that time frame.

LAX officials responded to the outcry later in the evening when they said on Twitter that power had been put back on in most terminals. They did, however, admit that there were ongoing issues with Terminals 1, 7, and 8.

In a statement the airport stated, “We have crews on the scene working to restore power fully. Check your flight status with your airline, as delays are possible.”

Then around 9:35 p.m. the airport said power was back on in Terminal 7. And about 10 minutes later, the power was also up and running in Terminal 8. At 10 p.m., officials restored power in Terminal 1.

Throughout all of this passengers expressed their unhappiness on Twitter. Users talked about being trapped on planes that sat on the tarmac. Other passengers worried about when they’d see their luggage.

“My latest dose of bad luck: All of LAX airport has lost power and my luggage is being held hostage. No air, no power, and having to siphon off my laptop’s battery to keep my phone alive,” tweeted one Twitter user.