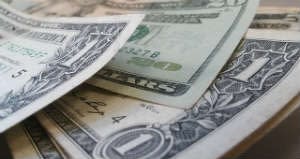 While the truck driver shortage is plaguing the industry, money issues are coming up for big companies. Basically, the costs for trucking goods are on the rise. And, since this increases costs for companies… it could lead to higher costs for consumers.

Some of these companies are the biggest ones in the country. For example, Procter & Gamble Co. They are the makers of Bounty paper towels, Crest toothpaste, and Pampers diapers. The Chief Executive of the company, Jon Moeller, recently spoke at the Consumer Analyst Group of New York conference. He stated that trucking costs are now about 25% higher than last year. So, this puts pressure on Procter & Gamble Co. Now, they need to focus on their improvements in productivity in order to balance their costs.

And, other big companies face similar problems. For example, Church & Dwight Co., the maker of Arm & Hammer baking soda, also have higher trucking costs. But now, the question is, how much will consumers have to pay as this continues? Procter & Gamble Co. increased some prices last year. However, they say it is too soon to tell how prices might change in 2019. But, Church & Dwight Co. did up some prices: cat litter, carpet deodorizers, and baking soda have gone up.

But, it is unclear what companies might do throughout the rest of the year. With a lot of competition from other companies, consumers might not pay more for the products. Since new regulations in the trucking industry, truckers have limits on working time, rest breaks, and more.  Over the last couple of years, these changes have impacted companies.

Now, at least many of the companies expect and are ready to combat the changes. What do you think will happen in 2019? Will prices continue to rise, or will the trucking industry change?

An Increased $3 Gas Price is at the Station Near You