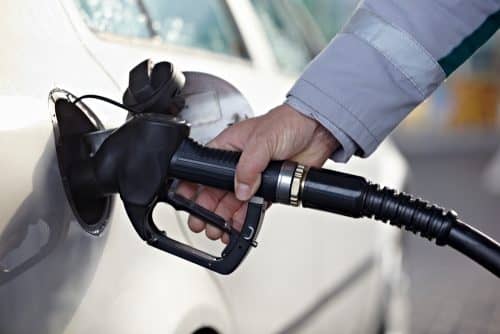 There’s a good chance the gas price will soon be $3 a gallon.

Concerns that President Donald Trump is about to impose new sanctions on Iran have sent oil prices climbing, and gas prices are coming along for the ride.

And more price rises are coming up. The Oil Price Information Service, which tracks prices for AAA, expects the national average to rise to about $3 a gallon sometime this month. The good news is that prices are likely to creep lower once they reach that peak.

“Most of this recent increase has to do with speculation that the Trump administration will take a hard line with Iran,” said Tom Kloza, chief oil analyst for OPIS. The president has until May 12 to decide whether the US will stay in a deal with Iran meant to curb its nuclear program or pull out of the agreement and once again impose sanctions on the country.

That deadline is adding to normal seasonal increases in prices. The month before Memorial Day is historically a period when prices climb as refiners and gas stations prepare for the summer driving season.

About 16 percent of gas stations nationwide are already charging more than $3 for a gallon of regular. Less than 4 percent were charging $3 or more on this date a year ago.

Gas is the priciest in the western United States. Every state on the West Coast has an average price of over $3 a gallon, as well as:

Among eastern states, only Pennsylvania has an average price that high.

About 20 states will have average prices of greater than $3, once prices reach their peak, expects Kloza.

Almost 4 years ago, gas prices reached as high as $3.70 a gallon about this time of that year.