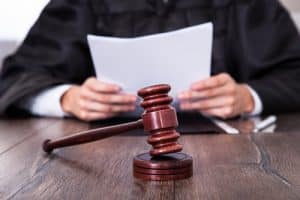 On Tuesday, residents of Santa Clara County voted to have Judge Aaron Persky removed from office. Judge Persky no longer has the support of the people after the Stanford rape case. This is the first time in 80 years that a judge was voted off.

SAN QUENTIN, CA – After 38 years on death row, Lawrence Bittaker, half of the “Tool Box Killers,” has died of natural causes, NBC News reports. Bittaker and his partner, Roy Lewis North, tortured, raped, and murdered 5 girls in the summer of 1979.

The pair gained their infamous title from the instruments they used to hurt the teenage girls. Their spree began with 16-year-old Lucinda Schaefer in June. It proceeded to the untimely demise of four more young girls, Andrea Hall, 18; Jacqueline Gilliam, 15; Jacqueline Lamp, 13, and Shirley Ledford, 16.

Bittaker and North’s capture followed the reinstatement of California’s death penalty by the state Supreme Court after 6 years of considering capital punishment cruel and unusual. North took a plea deal to testify against Bittaker in exchange for avoiding a death sentence. The court sentenced him to 45 years to life, which he presently serves.

Due to a slew of legal challenges, as well as appeals and other lawsuits filed by Lawrence Bittaker, the serial killer avoided his execution for decades. Other death row inmates have managed the same. 82 passed away from natural causes since the 1978 California Supreme Court decision reinstating the death penalty. Over that same period, only 13 have been executed. Another 27 committed suicide.

California’s present governor, Gavin Newsom, instated a moratorium on executions on March 13 of this year to last as long as he remains in office.

The death penalty remains a contentious political issue. The electorate of California voted against Prop 62 in November 2016 which would have repealed the death penalty in the state. Proponents argued the measure would save taxpayers $150 million a year, in addition to making a moral argument. Instead, voters elected to speed up executions by passing Prop 66 on the same ballot. That proposal passed by a slim margin, 51.1% voting yes.