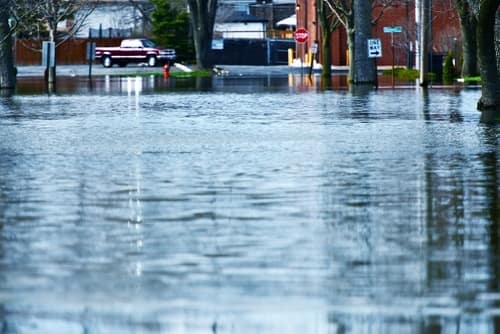 At least eight people were killed Tuesday when a rainstorm sent mud and debris coursing through Montecito neighborhoods. It left crews to scramble through clogged roadways and downed trees to search for victims.

At least eight people were killed Tuesday when a rainstorm sent mud and debris coursing through Montecito neighborhoods. It left crews to scramble through clogged roadways and downed trees to search for victims.

The flood that washed over Santa Barbara County early Tuesday was worst-case for a community that was destroyed by the Thomas fire only a few weeks earlier. In just a matter of minutes, pounding rain overwhelmed the south-facing slopes above Montecito and flooded a creek that leads to the ocean, sending mud and massive boulders rolling into residential neighborhoods, according to Santa Barbara County Fire Department spokesman Mike Eliason

“It’s going to be worse than anyone imagined for our area,” he said. “Following our fire, this is the worst-case scenario.”

Rescue personnel has yet to even make it north of Highway 192, which is closer to soil scorched by last month’s wildfire. Burned areas are less capable of absorbing water, making them even more susceptible to flooding and mudslides.

There are no estimates on how many people were trapped or how many homes were damaged. The search for survivors was still underway Tuesday afternoon, with many places inaccessible.

The 101 Freeway was shut down in both directions for more than 30 miles in the Thomas fire burn area because of the flooding, spanning an area from Santa Barbara to Ventura, according to the California Highway Patrol. Sections of Routes 33 and 150 were also closed in Ventura County, according to the Sheriff’s Department. There was no estimate for when the roadway might reopen, a Caltrans spokesman said Tuesday afternoon.