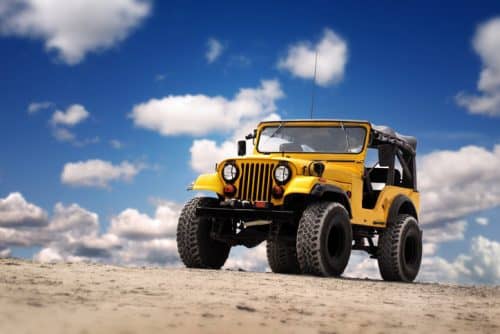 Every year the city of Pomona in California hosts Off Road Expo. The expo brings thousands of visitors and several companies to introduce their latest developments and builds.

Pomona, California – Every year the city of Pomona in California hosts Off Road Expo. The expo brings thousands of visitors and several companies to introduce their latest developments and builds.

Off Road Expo is a great way to explore the latest and greatest products from companies. It’s also a good opportunity to get to know to some awesome builds.

The Off Road Expo of 2018 featured vehicle from crazy Jeeps to charming SUV’s.

The owner John Bitting said he would build a Chevy Blazer and sold it to BJ Baldwin. He wanted to replace it with something more drivable and family- friendly. Over the course of five years, John installed crossover steering, as well as three –inch-wider Solo Motorsports I-beams.

The  fourth place took SMP Fabworks –Built 1990 Chevrolet Suburban, out of Sun Valley, California. These guys have been producing solid trucks and SUV’s for over a decade. At the off Road Expo reaffirmed they are capable of turning anything into a work of art.

Daystar’s 1983 CJ-10 A Military Tug, dates back to the mid -1980s  and was used to tug aircraft around air bases all across the country.

One of the outstanding vehicles in the show was so called RJ Fabrications’ Jeep Frankenstein with the dual fuel tanks, which keep a constant supply of fuel to the motor at any given situation.

And, finally, the leader of the top 5 is Chris Begley’s 1990 Dodge Ram Power Ram. Chris needed a vehicle to take his kids to school and came close to hunting down a Ramcharger for this reason. The black and red contrast makes the truck pop.