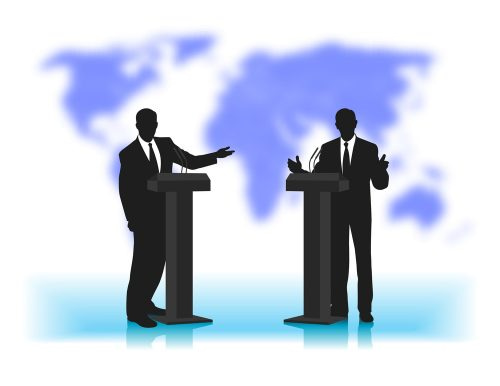 Two truckers are running for the governor positions in their states. One of them is a newcomer in the field of politics, while the other candidate is an evangelical minister.
One of the truckers who run for the governor position is 28-year-old Bryan Messenger. He is running for governor of Kentucky as a Republican. The other trucker is Jason Childs who is 46. He participates in elections as a Democrat. In addition, he runs for Alabama governorship.

Before becoming a truck driver three years ago, Bryan Messenger held a number of dead-end jobs. Messenger has more time for gaining public support for the Kentucky governor’s position. The election will not take place sooner than November 2019.
The Kentucky resident grown up in Florida told that the stimuli for entering a political arena about two years ago were the same as it was when he decided to become a truck driver. He just wanted to provide a better lifestyle for his children rather than he had.
Messenger’s political platform includes the following goals:

• To develop the level of economy in the state
• Larger support for the state’s justice system (instead of sending drug criminals to jail, send them to residential rehabilitation )
• Improve the level of the public education system- this infers greater support for teachers, as according to him teachers are overworked and poorly paid. He also aims to raise the level of education in public colleges by making the quality of education as good as it in the Ivy League
• Abolition of sanctuary cities and the deportation of illegal immigrants
• Improvement of the business and health care fields are considered to be very important by Messenger

After being forced out of his first job, Childs became a truck driver. At the age of 18, he became a Southern Baptist minister. However, the denomination required Childs to leave the pulpit after he and wife got divorced.
Thus, Childs got his CDL and started his career as trucker since 2006. Childs called his experience of trucking “an amazing experience.” Currently, he drives a 623-mile from northeast Alabama to Canton, Mississippi.
In 2010 Child’s political awakening launched. It was when the daughter of a friend told that she doesn’t want to go high school prom with her girlfriend. This girl’s case was successfully argued by Childs. It fosters him to create the Center for Progress in Alabama. He calls the center a progressive advocacy and public policy organization.
Child’s platform includes the following goals:

• Increasing the minimum pay to $10 per hour, eliminate the state tax on grocery items as well as increase state social service for people who live in bad social conditions
• Creating a state lottery and a casino zone along the gulf coast to make money to improve the education system of the state
• Increasing funding for law execution agencies
• Supporting the rights of the state’s LGBT residents
The general election is going to take place in November 2018.