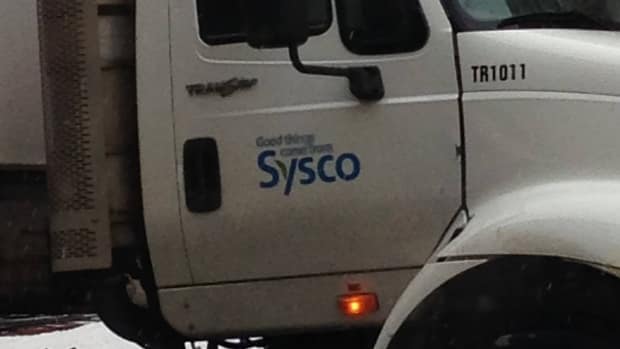 A truck driver has restored our belief in the existence of Good Samaritans. A woman was more than thankful when a delivery truck driver escorted her visually impaired daughter through snow banks and busy traffic.

The woman, Carole Buchanan was driving her 41 year old daughter, Jenny Morash to an afternoon hair appointment when a Sysco delivery truck ahead of her stopped ahead of her. She was trapped between the delivery van, snow backs, and traffic.

She talked about her stressful situation and how she was trying to back out and get free. Then a man appeared who assisted her to get to a safe spot where her daughter could exit. Due to the snow banks, Carole Buchanan was still stuck. He asked if it was okay to escort her daughter whom he realized was visually impaired. He then very carefully and very gently escorted her to the sidewalk.

Carole Buchanan noted the drivers offer as “heartwarming”. The driver could’ve just driven off, he was not entitled to help.

There has been no word from the company yet. While waiting for her daughter she took pictures of the delivery van and posted them on the company’s Facebook page.

The situation might not have been life or death but she wanted to share his good deed with his employers. It was important to her to make the company aware of what a good employee they had.