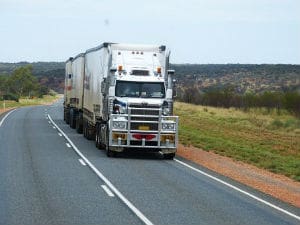 When the California Senate agrees to allow provisions in the Dynamex decision about the classification of independent contract workers, like of course, truck drivers, then it won’t make concessions for the trucking industry.

Joe Rajkovacz, director of governmental affairs and communications for the Western States Trucking Association (WSTA), predicted this outcome after he heard the Senate’s to legislator speak just this past week.

AB5 cleared the hurdle of the California Assembly in late May. Now it activates the provisions of the Dynamex decision basically word for word. This comes from the transportation services company’s decision to transform all its workers from employees to independent contractors.

The original Dynamex decision occurred in early 2018 and Dynamex was the loser in the lawsuit. The court ruled against the company’s changes. It stated that there should be an “ABC test” to determine if a worker is an employee or independent contractor.

Naturally, this gets complicated so the authors made changes. The changes help certain professions like hairdressers and surgeons. However, they didn’t accommodate the profession of trucking.

What do you guys think? Is this a big mistake?

Trucking Keeps on Being Among the Most Dangerous Jobs in US