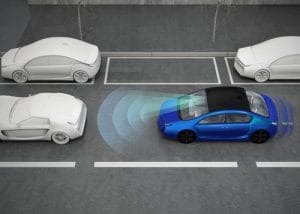 California Department of Motor Vehicles (DMV) is altering its rules in order to allow the companies both to test self-driving vehicles as well as to allow the public use these driverless vehicles.

The DMV published a revised form of its regulations and has started a 15-day public comment period which will end on October 25, 2017.

California law requires that the DMV should work on regulations to cover testing and public use of autonomous vehicles. In addition, the regulator told that this is the first step.

California State Secretary, Brian Kelly said in his statement: “We are excited to take the next step in furthering the development of this potentially life-saving technology in California”.

CA DMV highlighted in its announcement that it wasn’t trying to surpass the National Highway Traffic Safety Administration, which has a final confirmation on developing as well as enforcing compliance with FMVSS (Federal Motor Vehicle Safety Standards).

The regulations of California require producers to certify that they comply with the federal safety standards prior their vehicles become street legal.

Producers still have to comply with the state traffic laws written for California.

The DMV said in its statement that the revised versions of regulations are the result of feedback from consumer advocates, automakers, local governments and insurance companies.

Specific changes comprise, specifying local notifications on planned driverless testing, developing a template for how to report when a driver has disengaged autonomous modes and identifying concerns that “would trigger an amended driverless testing or deployment applications to the DMV.”

Written comments can be submitted to LADRegulations@dmv.ca.gov until October 25, 2017. Present regulations are available on the California website under the “trending” section at the DMV homepage.