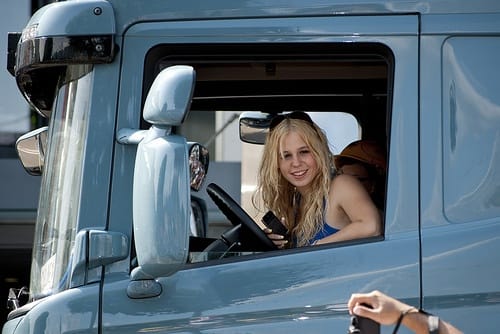 Republican senators think it’s a good decision to lower the semi-truck driving age from 21 to 18. This idea is not new. Lowering the legal age for truck drivers has been proposed a few times already but it seems like now the trucking industry stands in need of more drivers even more than ever.

Teenagers can drive big rigs (Class 8 commercial trucks) within their state borders. The new bill would let them work in other states making these young people professional interstate truck drivers.

The idea was already brought up ten years ago. It was rejected as the public commented against it more than clearly.

This time the bill is supposed to allow neighboring states join together in ‘compacts’ who would lower the age to 18 for trips in these states. A compact can have any number of states. Four years later there would be a study to analyze teen drivers’ safety versus older ones’ safety.

The American Trucking Association says that they need 100,000 new truck drivers every year over next ten years to make the industry run normally. They’re currently 30,000 to 40,000 candidates short. Therefore the industry supports the new bill.

Those who are against the bill talk about the lack of needed experience of teenage drivers. The statistics of car crashes involving young drivers speak for themselves. Moreover, the opposition says, the trucking industry can attract more candidates with better salaries and working conditions.

There’s a good chance republican senators will face public being against lowering legal truck driving age again. But how will the industry cope with the shortage of candidates? This only the future will reveal.

How to customize your semi-truck and make it as comfortable as your home?

3 Major Reasons For Truckers Back Pains