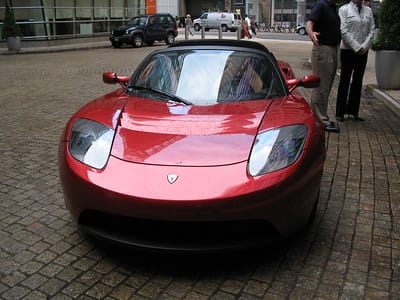 Electric vehicles have seen they’re first-generation ready to hit the selling floor. For many consumers, they will be ready to take their first steps into a new, fuel-efficient and less costly market. With worldwide development, each part of the world has its own variation. This is to create their own universal standard and grow in a world that hasn’t fully moved over yet.

Tesla is on its own. It has worked to create a drastic push for the industry. Since the inception and release of the Tesla model of cars, the company has been able to put a fast-charging station in every populated area as well as major routes across the country. You can for from anywhere in the US to anywhere else using a Tesla.

Where other areas have focused on a more universal approach to their charging stations, Tesla has been able to provide their own. Utilizing both solar and electric energy, these charging stations need relatively little maintenance as well as establishing a fully rechargeable way to fill your tank.

The Tesla superchargers have been set up across the country and many Tesla car drivers have been able to pack up and move with ease. Depending on how you drive, of course, your batteries lifespan may change. Thus being careful to not use up your energy prior to making it to a fuel station. The company has developed the electric vehicle industry and has built its own reliable and useful system for recharging their own cars.

Tesla doesn’t want to leave you stranded, though. To make things easier they have provided an adapter for CHAdeMO fast-charging stations as well. You can purchase this through the Tesla website for about $400 UDS.

One of the heaviest hitters in the electric vehicle ring is that of the Japanese market. with auto companies like Toyota, Honda, and Nissan putting their eggs in the electric market, they have worked to develop their own charging system. The CHAdeMO charging station is one of the first charging stations for vehicles. The Japanese market has been in development for fast charging systems well before the likes of Tesla. With the establishment of the Hybrid vehicle, Japan has been researching and continuing to present better fuel-effective vehicles and optimized alternative fuel vehicles.

CHAdeMO is the most widely used charging system in the world. With over 7,000 stations in Japan, 9,000 across Europe and over 3,000 in the United States. This has become the industry standard for many automotive manufacturers. They have worked to quickly outpace any competition for charging stations across the globe and looks to continue in the arms race of electric vehicles.

Mix the reliability of having your charging station close to where you need it and the reliability of vehicles that Japan continues to roll out and you have one major fighter in the ring for electric. The effectiveness of their vehicles has been one of the most virulent factors in the industry today.

With Tesla and Japan pumping out high-velocity electric vehicles, the US automotive industry, as well as the European ventures, have joined. CCS is looking to be an up and coming energy system for Ford, Chevy, BMW, and Mercedes. While this charging system has yet to drastically push itself into the game. Many have praised it for its 20-minute charge time as opposed to 30 minutes for typical charging.

The fight for Electric Vehicles Are Just Starting

With the first generation underway, many niche automotive industries have looked into electricity. One of the biggest reveals this year was the announcement of the HUMMER EV. Boasting over 1000 horsepower and fast recharging times. Able to produce 300 kW/h in drive time. This has shown what the EV industry can dish out. This is the only start, and from here things get even better.

Why Do So Many People Die On American Roads?