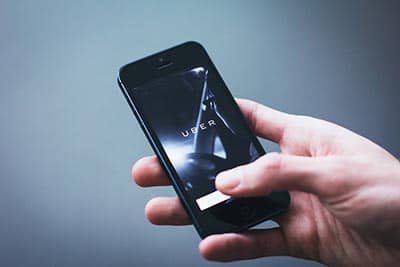 Starting this Thursday, Uber users in the LA County area will be able to contact the 911 emergency number via text message directly from the app.

LOS ANGELES, CA – Starting this Thursday, Uber users in the LA County area will be able to contact the 911 emergency number via text message directly from the app.

Uber wants to make sure its users feel safe while riding with their services. The company has always made very clear their intentions to keep investing and developing new security systems.

Last November, the ridesharing company launched an emergency button option in the city of L.A., one of the cities in which Uber is most commonly used. With this service, any passenger who felt in threat could immediately share their location, name of the driver and car information with 911 dispatchers.

However, all this data would be kept in police lines for only 10 minutes before being purged.

Now, this new feature means an upgrade in the already existing emergency system.

The option to text 911 started to gather momentum back in 2017, when it was launched during the month of November in all the L.A. County.

Uber is taking advantage of the technological improvements to help their users in case of an emergency during a ride. The 911 assistance button will be located inside the Safety Toolkit in the app. And, when pressed, it will allow passengers to either call or text 911 with their emergency.

Once the user chooses the text option, 911 dispatchers will get all the information about the trip. This includes the current location of the vehicle, the accorded destination and all the car details: type, make, model, license plate, color, etc.

In this new security upgrade, riders will also be able to include any additional information about the emergency they are having. Besides, dispatchers will be able to maintain uninterrupted communication with the passenger until the issue is resolved or the emergency responders get to the scene.

Uber’s Head of Safety Products, Sachin Kansal, released a statement in which he pointed out the need to provide security in case of an emergency. “In an emergency, every second counts,” he said. “This new addition to the app will allow Uber users to reach out to 911 in situations where they may not be able to make a phone call.”

As of today, the new service will be available in L.A. County, except for the cities of Bell Gardens and Bell.

Nonetheless, Uber is working to launch this feature in other areas of the USA, such as Minnesota and Indiana.